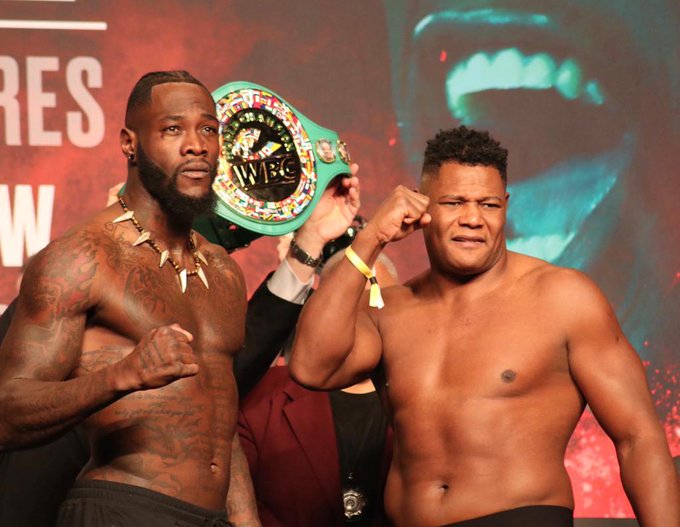 DEONTAY WILDER or the Bronze Bomber as he is popularly known will be facing off against Luiz Ortiz for the second time on Sunday, November 24th at 3:00 PM East African Time

During their first match in March 2018, the Bomber was for the first time thrown off balance by Ortiz’s savage attack in the eighth round.

He, however, recovered foam and went ahead to defeat Ortiz in a 10th round technical knockout.

Wilder is getting to the ring after a draw against one of his fiercest rival, Tyson Fury. He also fought and claimed victory over Dominic Breazeale.

The Bomber is fighting tomorrow to defend not only his WBC heavyweight title but also his forty-two fight unbeaten record.

What time is the Wilder vs. Ortiz 2