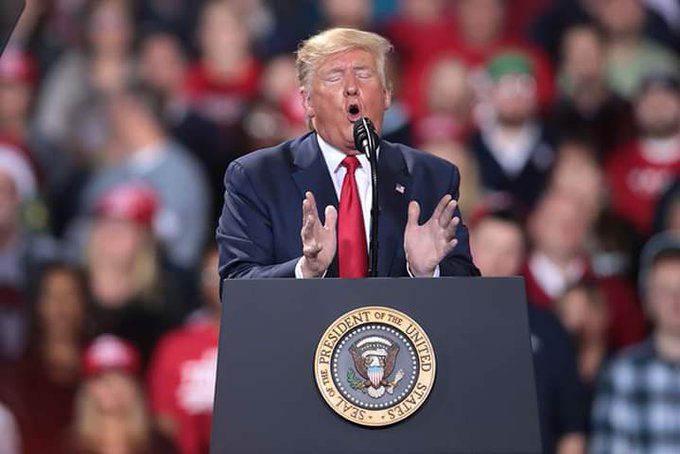 The US President, Donald Trump, was on Wednesday 18th, 2019, impeached for the abuse of power and obstruction of Congress.

The historic vote comes after several months of inquiry by the House Democrats who accuse the President of putting the Ukranian President under pressure to investigate his 2020 presidential rival, Joe Biden.

He is also accused of obstructing crucial investigations by refusing to cooperate and directing his officials to do likewise.

The inquiry leading to Trump’s impeachment was inspired by a call that Trump made to the Ukranian President in which Trump prevailed upon his counterpart to probe the Bidens.

To force Ukraine’s to comply, Trump was withholding a $391 Million military assistance from Ukraine, and according to some witnesses, he convened a white house meeting to discuss the probes.

The Wednesday vote effectively makes Trump the 3rdAmerican president to be impeached.