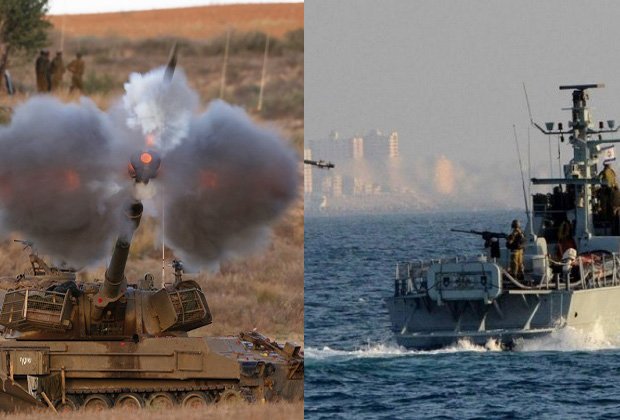 Gaza and Israel are at war, but Egypt has brokered a delicate ceasefire on Thursday morning between the Jewish nation and the Palestinian Islamic Jihad.

So far, at least thirty four Palestinians have died among whom were eight family members. About sixty-three Israelis have been treated following a barrage of rocket missiles that have been launched from Gaza.

Israel and the Palestinian Islamic groups live in perpetual tension due to a myriad of unresolved issues, and one can never be sure when who or what may provoke a war.

The ongoing wave of violence, for example, is as a result of Israel’s assassination of a senior Jihadist commander Bahaa Abu al – Ata in Tuesday morning air raid.

Although the ceasefire officially started at 03:30 GMT, or 5:30 am local time, a journalist from AlJazeera news reporting from the border was quoted saying that their colleagues in Gaza had heard more rockets fired into Israel.

“Around the same time, we heard here what sounded like outgoing Israeli artillery” he finished.

Commenting on the situation, the UN envoy to the region confirmed that the approximately five hour ceasefire was delicate and unreliable.

The terms of the ceasefire are quite scant and according to one Journalist on the ground, its details depend more on who is talking about it.

But according to one Islamic Jihadist, the ceasefire agreement prevails upon Palestinian factions to do everything in their power to ensure peaceful demonstrations, while Israel is required to cease all her retaliatory attacks.

The military spokesperson for Israel Mr. Avichay Adraee this morning confirmed through a tweet that the ceasefire is indeed in force.

Talking to the AFP news agency, senior Egyptian officials said they undertook the effort of mediation after witnessing the devastation of Palestinian farms and homes through the Israeli bombings.

But despite the ceasefire normalcy, the Israeli Minister of Foreign affairs Mr. Katz said that Israel would only observe the peace if Jihadist factions will stop their aggression.

“Peace will beget peace”, he said

He warned anyone planning to harm Israel of dire consequences be they Gaza militants or enemies from elsewhere.